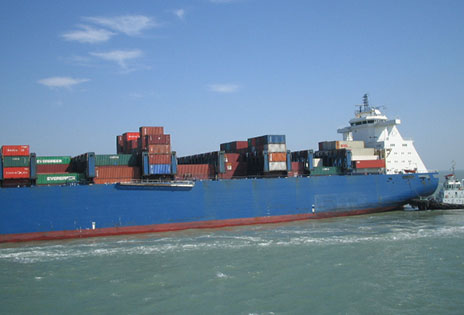 The pipeline transport logistics for the Cochin Single Point Mooring (SPM) project of Kochi Refineries Limited (KRL) belonging to the Indian petroleum and oil refining giant Bharat Petroleum Corporation Limited, was carried out by LOTS-India. The task was to transport 1,560 Nos. Of 48" dia concrete coated pipes from Mundra to Cochin, store them in the port and distribute the pipes to the offshore locations for the sub-sea laying. LOTS-India chartered a 25,000 DWT ship, M.V. Madre, which made 3 voyages to transport the pipes from Mundra to Cochin. Its own barges were used by LOTS-India to transport these pipes to the offshore locations. The vessels provided by LOTS-Dubai, i.e. M.V. Malabar Shakti and D.B. Sealift, were also used for the storage and transportation of PLEM, MONOBUOY, etc. to the SPM site.