A fishing boat ‘Neethiman’ sank in the shipping channel between Vypeen and Fort Kochi in the morning of 19th September 2017. The mishap occurred when the boat, which developed a crack in its hull, was being towed to the harbour using another boat engaged by Marine Enforcement wing of the Government of Kerala.Though all six fishermen on board the vessel could be rescued, efforts to salvage the boat using a crane deployed by Cochin Port Trust (CoPT) did not meet with success. CoPT then sought the assistance of Indian Navy to identify the exact location and depth of the fishing vessel.

Once the location was broadly identified by the Navy, lifting the boat / salvage from a depth of approx. 16 metres was a formidable task which a handful of local marine operators did not venture to take up with confidence. CoPT faced huge business loss as the debris of the fishing boat was hindering vessel navigation.

Because of their extensive experience and proven expertise in marine operations handling special projects like Over Dimensional Cargo (ODC), the job was awarded to LOTS-India by CoPT.

Most of the previous salvage operations done by LOTS-India involved a sunk barge refloated by pumping out water in shallow depths, using balloons for small-sized vessels for a successful floatation. For ‘Operation Neethiman’, there was no choice except a straight lift out of the water. The plan was to do this by mounting a 150-MT crane on a Ro-Ro vessel and anchor at the wreck. In spite of challenges which were increasingly ahead, there was an excellent sense of partnership and inimitable teamwork amongst all stakeholders which ultimately proved a harbinger of success. 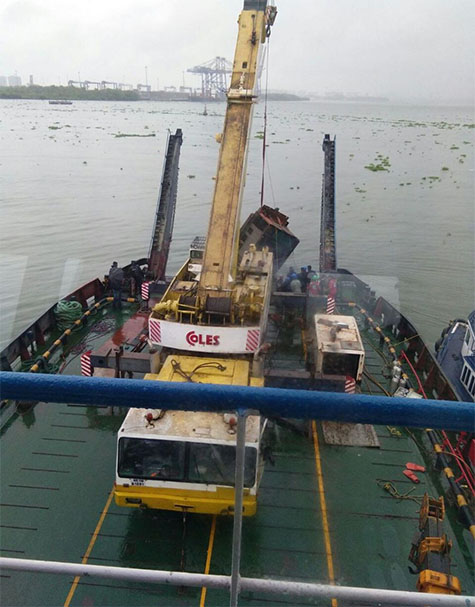 LOTS’ DOUBLE-ENDED RO-RO FERRY VESSEL ‘M.V. SAKRA TRANSPORTER’ STANDING IN READINESS AT THE RESCUE SITE, WITH A 150-MT CRANE MOUNTED ON BOARD

The first challenge was to locate the wreck itself with SONAR and divers. Although an accurate position was available, sighting the vessel was not easy for the diving team due to murkiness of water. To make the job harder, there was only a small window during which the divers could conduct the search operations due to the strong tides in the channel. LOTS-India’s salvage operations team had to wait for each slack water to conduct / continue the search. Divers were tethered to the anchor chain of the Ro-Ro vessel and conduct the search in circular sweeps of increasing radius.

The second challenge was lifting the wreck out of the channel. This took multiple attempts to accomplish, facing the same conditions as in search - i.e., waiting for the slack water and struggling against low visibility underwater. The poor body condition of the vessel, compounded by a heavy extent of corrosion, did not allow any strong points to lift the vessel. Attempt was made to hook on to the strong point of the forward bollard. This failed, with the bollard shearing off the vessel at a load of 27 MT. The next effort was on hooking on to an even stronger point, the trawling winch of the vessel, leading to another failure at a load of 21 MT. In the third attempt, the diving team was directed further into the silt, passing the sling around the main engine of the boat. Though the operations team was confident that this would be strong enough to take the load, unfortunately the main engine came off its foundation. Left with no further options, a sling was passed around the hull which in itself was a herculean task due to the relentless current (limited slack water occasioned by monsoon flow to the mouth), zero visibility and silt accumulation.

The final attempt was by passing the sling around the shaft remaining on the boat. This proved successful and the boat could be partially lifted off the seabed and progressively dragged out of the shipping channel and into the shallow water. 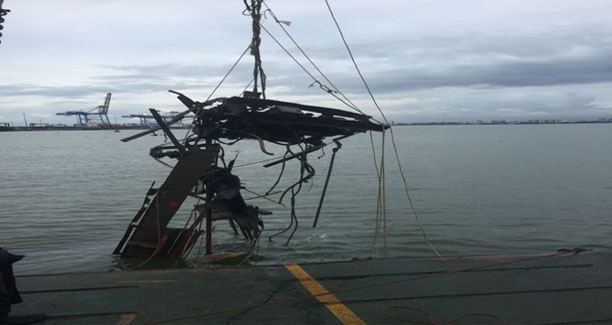 ENGINE OF F.B. NEETHIMAN BEING LIFTED FROM THE SEABED / SHIP CHANNEL

Seven days of intense efforts overcoming and confronting depths, currents, visibility, rain squalls – and the sunken vessel was finally out of the shipping channel. 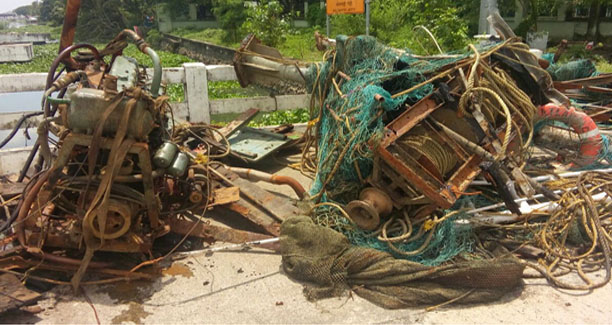 Subsequent to the salvage operations, a survey was carried out by the hydrographic team of CoPT to confirm removal of the wreck and the suitability of the channel for navigation, with the shipping channel getting re-opened for normal operations on 30th September 2017. 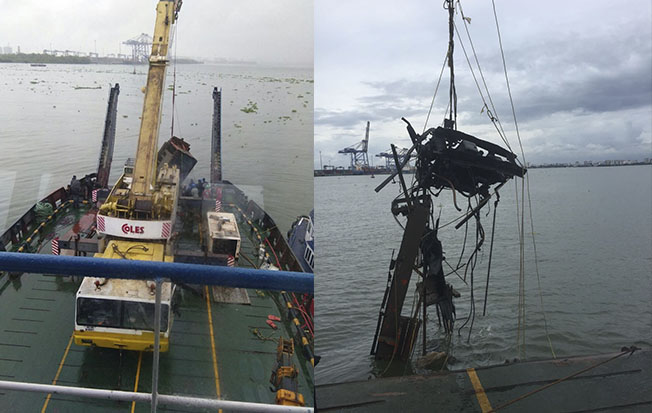 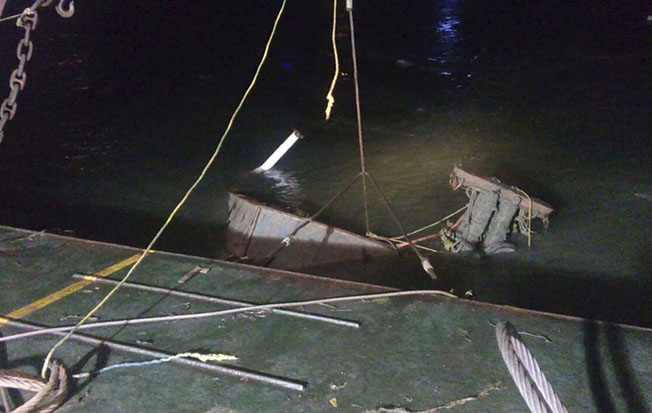 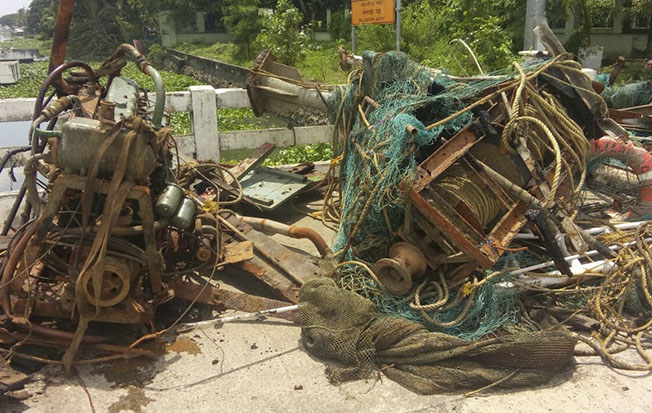